email
Take your tacos to the next level with homemade corn tortillas. 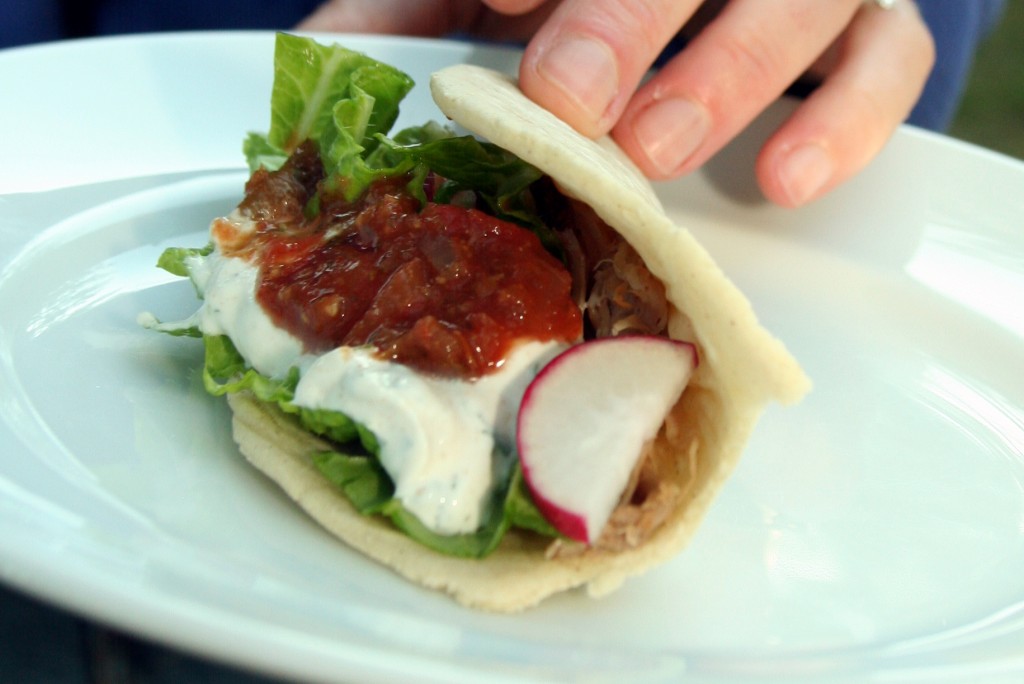 On the 3rd of July, my husband ran to town to buy one more pork butt for our 4th of July party.   We already had two, but as he measured spices for the rub, we tried to remember just how many people we’d invited to come.

From our pieced-together recollections, 12 pounds of pig seemed light.  Most everyone said they’d bring a side dish, so no one would go hungry, but the idea of running out nagged at both of us.    “Remember last time?” we both said in unison.  After our last smoke-out, not a shred of succulent pork remained at the end of the evening.

Faster than you could could say, “Jinx,” he was out the door and on the way to the store. 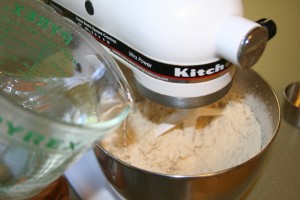 Our three little piggies amply fed our guests and opened up limitless possibilities for a week of easy meals.  While the same leftover pig featured in most of what we at this week, each iteration felt new and different.  We’d had pork sandwiches, pork with rice and vegetables, and pork-topped pizza with broccolini, green onions, and goat cheese.  Our pork finale, though– pork tacos–ranks as my favorite this time around.

When slicing garden-fresh Napa cabbage, radishes, cilantro, and green onions represents the most difficult dinner-prep work, making your own tortillas hardly seems a chore.  My kids like to help out, so I usually just mix the masa, salt, and water for them earlier in the day and let it sit on the counter until it gets close to dinner time. 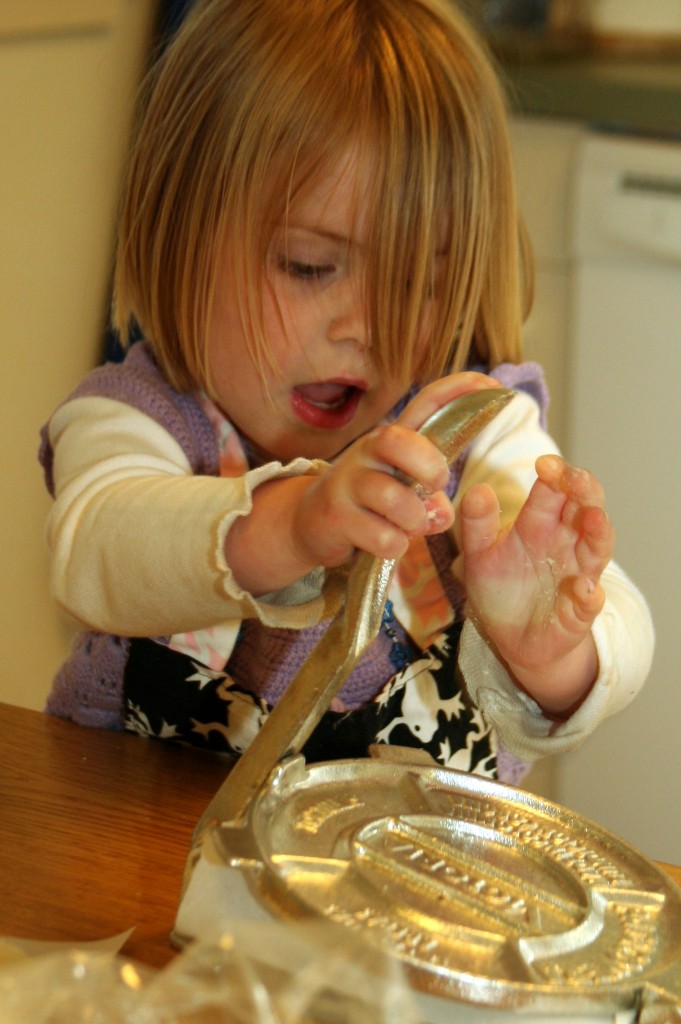 Shortly after 6:00 pm, the kitchen becomes a little tortilla factory;  my husband helps the girls use the press

while he cooks the flattened disks on our sandwich press

that folds out into an awesome griddle.  In the meantime, I can chop veggies and make salsa or a mix up some lime-herb sour cream. 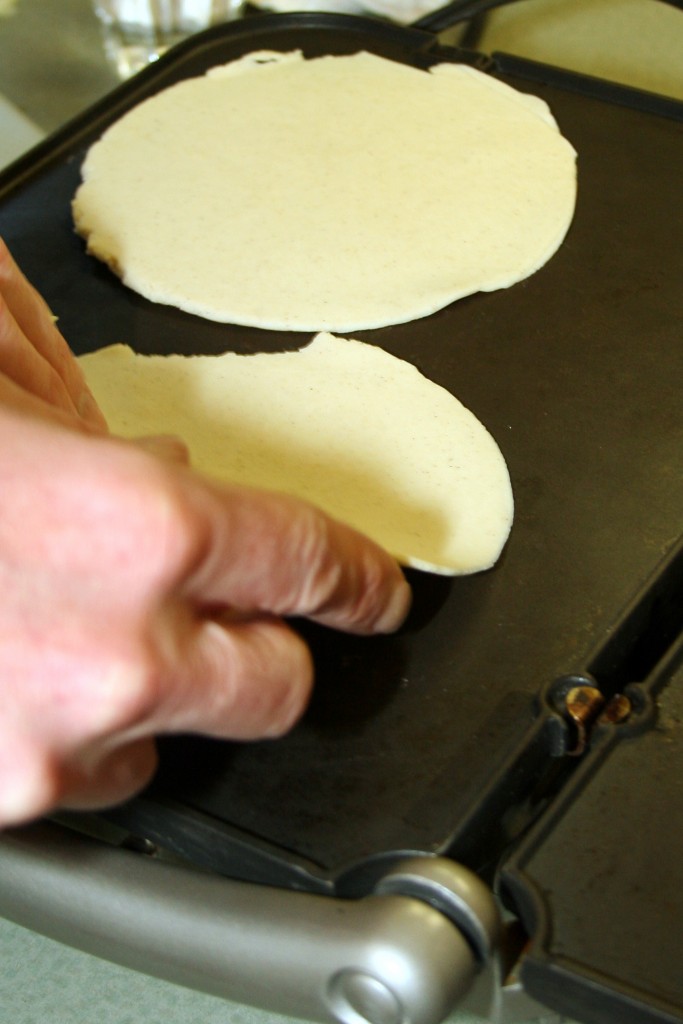 A tea-towel wrapped pile of warm tortillas surrounded by small bowls brimming with various fillings unleashes the creative taco maker in everyone. 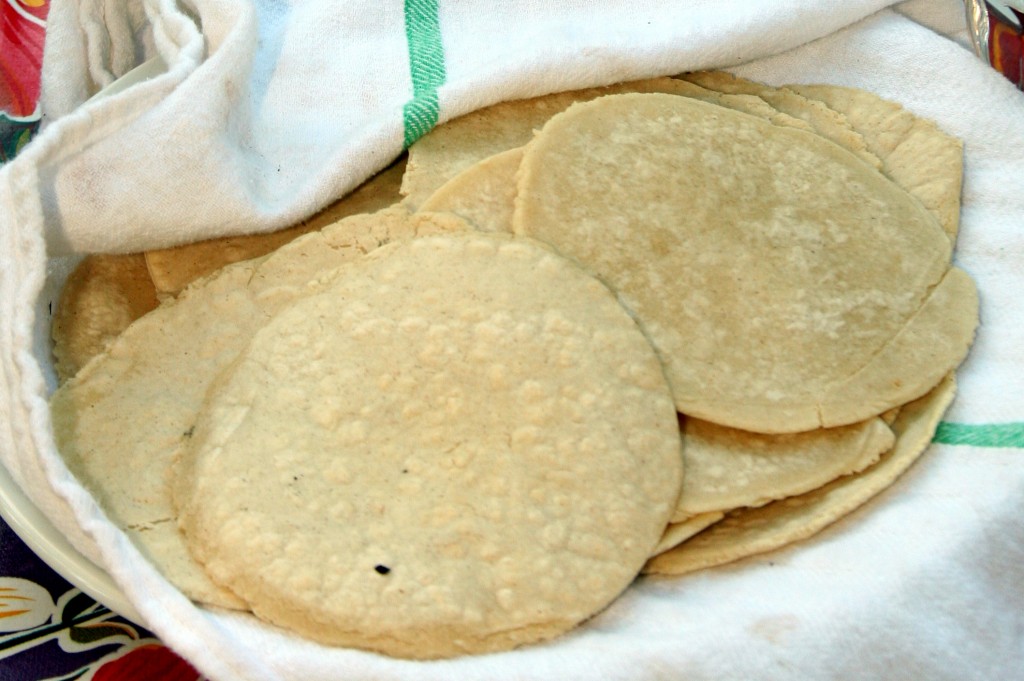 Although if we’d let them, the kids would just eat the tortillas. 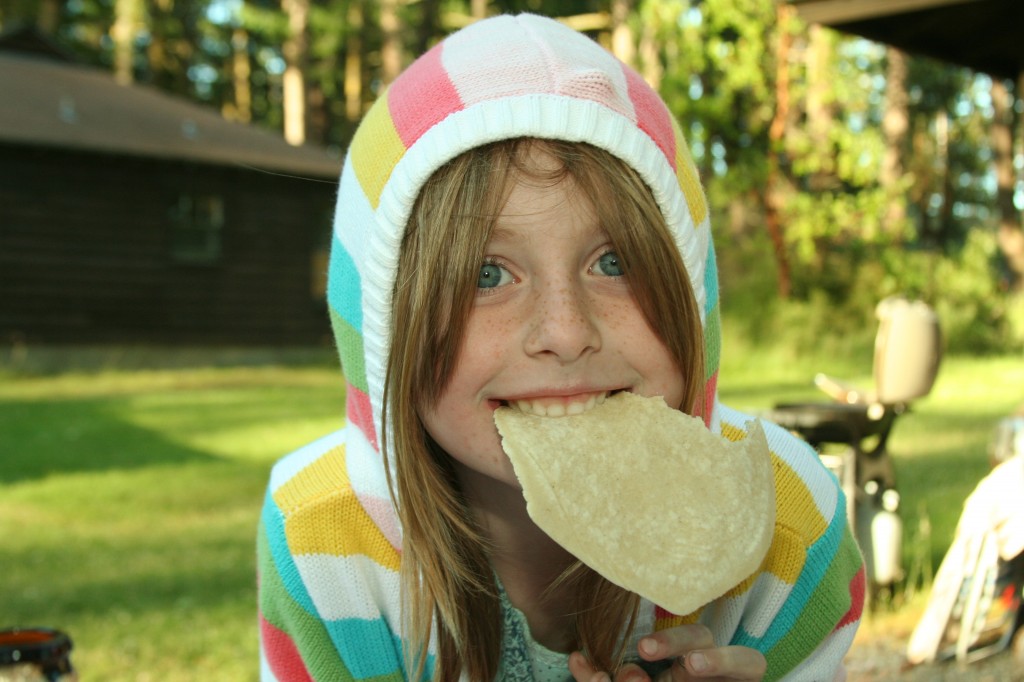 Adapted from The Bread Bible

Stir masa harina and salt in the bowl of a standing mixer with the paddle attachment.  Pour in about 2 1/2 cups of the water and mix until the dough forms into a firm, springy ball.  If the mixture seems too dry, add water a little bit at a time.  If it seems too wet, add more masa harina.  Cover with plastic wrap and let it rest for at least an hour at room temperature.

With damp hands, roll pieces of dough into egg-sized balls.  Place one of the balls on a rectangle of parchment paper and fold it over so the ball is centered in the middle.  Flatten in the tortilla press, remove disk of dough from parchment paper, and drop it an ungreased  griddle or cast iron skillet heated to medium-high.  Cook for 1 1/2 minutes on each side.  Repeat with remaining dough.  Stack finished tortillas on a clean dish towel, wrapping the towel over the top of the pile to keep them warm after each addition.