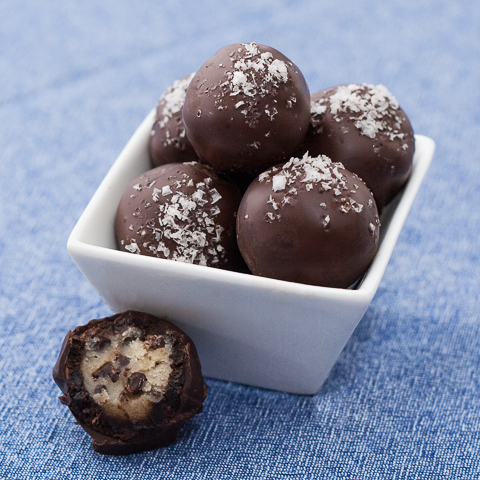 My 15-year-old niece and I baked like maniacs during her recent visit from New Mexico for spring break.  On her second day at our house, she asked when we could start baking; I handed her a pad of paper and told her to make a list of ideas to try.

I love that we experimented with recipes I never would have attempted my own, like chocolate chip cookie dough-brownie bonbons.

I have to admit that I felt skeptical about these little treats as we got started.  Since both cookie dough and brownies shine gloriously in their own right, was it really necessary, I wondered, to combine them? 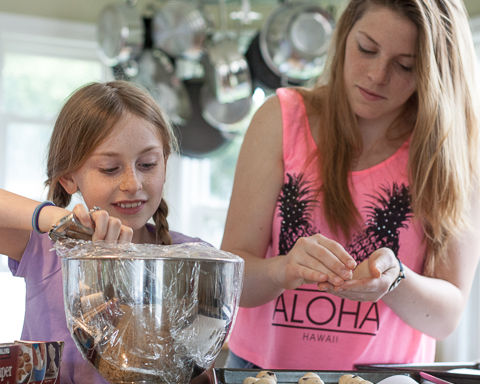 But when I finally sunk my teeth through those layers of goodness, I realized that yes, in fact, it really was.

Imagine, if you will, the pure perfection of chocolate chip cookie dough enveloped in rich fudge brownie and neatly packaged in smooth dark chocolate. If like I did, you are thinking that this extravagant combination sounds like a cacophonous competition, think again. 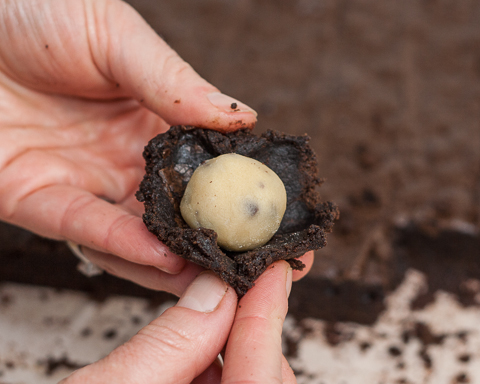 Rather than compete, the mouthwatering flavors in each sweet element harmonize.  And since the cookie dough is raw and the brownies are baked, their contrasting textures make the eating of one (or say, eight) of these little bonbons much more satisfying than eating mere cookie dough or brownie alone. 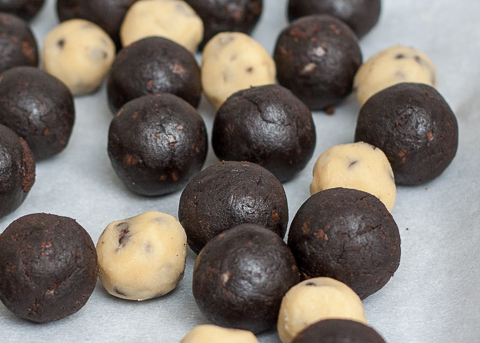 Here’s maybe the best part:  you can eat them gluttonously without looking like a complete slob.  The outer chocolate coating adds richness and elegance while helping to keep your fingers clean.

Before you protest that chocolate melts on your fingers, rest assured that while this might be technically possible, nobody in my house managed to hold on to one of these bonbons long enough to test that theory. 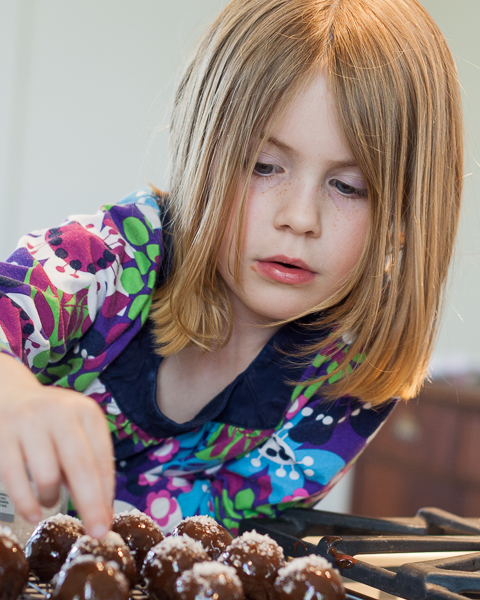 But I’m getting ahead of myself.  Before you can get your dainty fingers on one of these bonbons (or “bomb bombs,” as they’re affectionately called at my house), you’ll have to make a mess several times over.

It sounds like a lot of work, I know, but take it from a converted skeptic, it’s worth every bit of effort and clean up along the way.

Inspired by The Domestic Rebel. 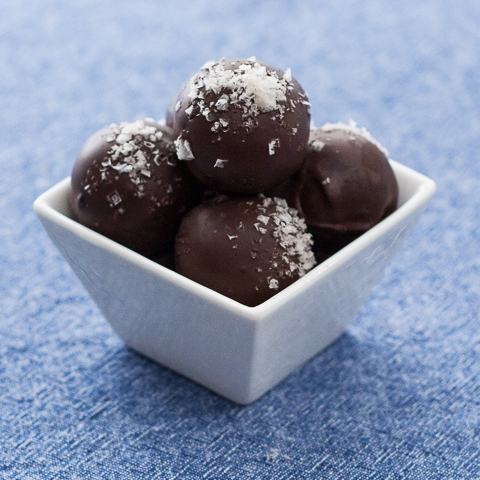