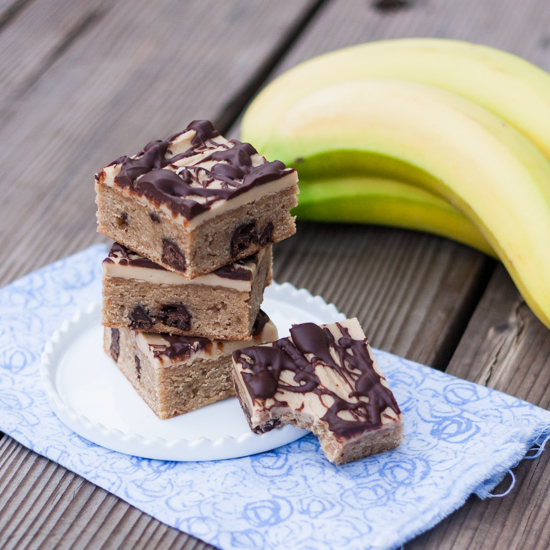 My husband’s sister sent him a text the other day: “Tell Suzanne I made banana blondies with penuche frosting yesterday.  It came to me like a dream.”  I’ve often heard her talk about trying to replicate her mom’s penuche frosting — also called brown sugar or caramel frosting — but since she never liked the spice cake that her mom always frosted with it, she’s been casting about for the perfect medium for this ambrosia.

I was totally with her on the banana blondie idea, and here’s best part: she said the frosting perfectly replicated her childhood memory of penuche.

As luck would have it, I had some bananas on hand, which meant I could get right down to business baking these blondies. Once I mixed the batter, though, its sheer addictiveness nearly prevented me from ever getting to the blondie stage. 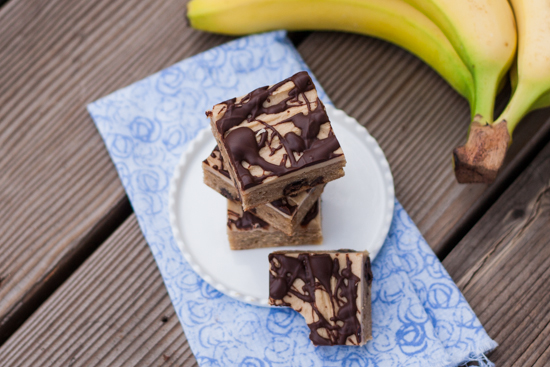 As I wondered, spoonful after spoonful, how I could possibly turn this gooey concoction into bonbons or a tart, I sent Mary a note about its addictiveness.

Here’s how she responded: “As I was making this and eating batter, I started thinking hmmm, I might need a smaller pan.”  This warmed my heart and made me wish that she didn’t live so far away from us.  Clearly, I need to bake with her.

She cautioned me to save room for the frosting.  Of course it was too late by this point, but was she ever right.  I couldn’t help wondering what this sweet, caramel-like frosting would taste like on other foods. For the record, sandwiched between two pancakes, it’s divine. 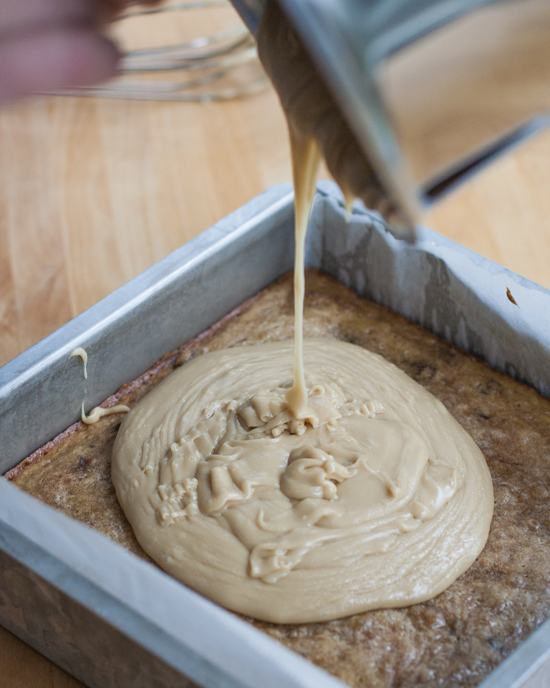 Frosted, cooled, and sliced, these little squares of deliciousness truly are the stuff of dreams. I found myself unable to stop eating them as I savored their tender texture, great banana flavor, and sweet brown sugar frosting.

But it turns out that my sweet dreams do not align with my family’s. They simply weren’t satisfied with a straight-up banana dessert — even if it did come topped with penuche frosting. 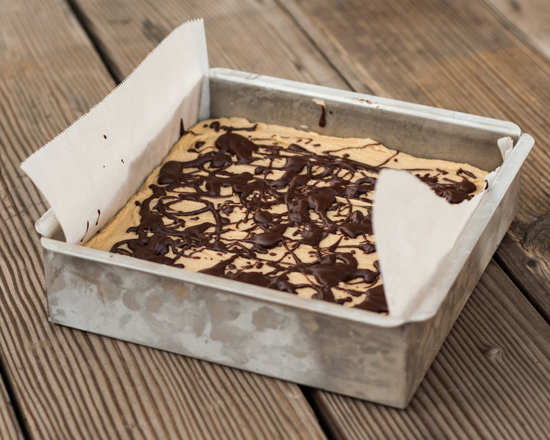 During dessert, my husband couldn’t resist sending a quick note to his sister: “Suzanne is in your camp. I think these things taste like bananas, but I found a way to improve them.”  He attached a picture of his blondie smothered in chocolate ganache.

Since it’s no fun (and a very bad idea) to bake dessert that the rest of your family doesn’t adore, I mixed up another batch that would surely hook them:  this time I mixed in chocolate chunks and added a drizzle of chocolate on top.

They tasted even better than the first batch;  the chocolate adds richness and texture to the tender fruity bars, and its deep, subtle bitterness balances out the sweet banana flavor and penuche frosting.  It takes these blondies from a simple fruit dessert to a decadent indulgence.  They’re truly amazing. If it didn’t sound so cheesy, I’d say you’ll go bananas for them. 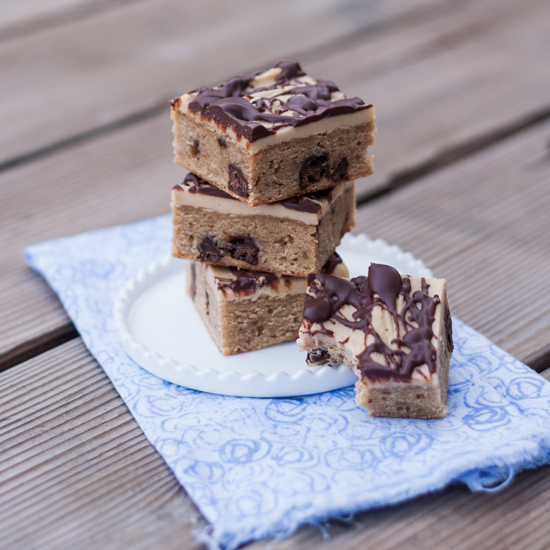 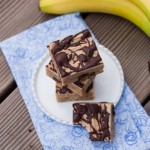 Pin it for Later