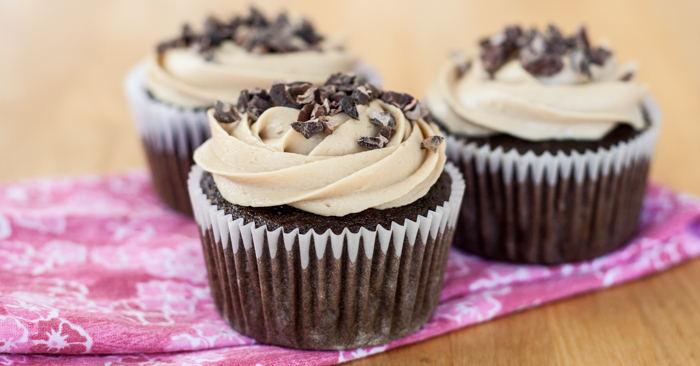 These little Kahlua Chocolate Cupcakes pack a big punch. Don’t let their petite cupcake cuteness fool you; they’re deep, dark, and decidedly indulgent with a shot of sweetness from the espresso buttercream frosting.

The hefty dose of chocolate chips mixed into the batter adds extra richness, and a sprinkling of cocoa nibs over the top as a finishing touch adds an almost earthy, bitter crunch that offsets the sweetness of frosting.  I’m going to go out on a limb here and say that just one cupcake will probably be enough to satisfy almost any dessert-lover at one sitting.

The recipe is a variation of my ever-popular Kahlua Chocolate Cake recipe. I have made cupcakes from both the scratch and doctored box recipes of this cake, but I found that I always ended up overfilling my cupcakes!

I wanted a recipe that would produce smaller cupcakes in no more than two standard-sized muffin tins. This scaled recipe produces perfectly-sized cupcakes that won’t overflow cupcake liners and make a mess of your muffin tins. 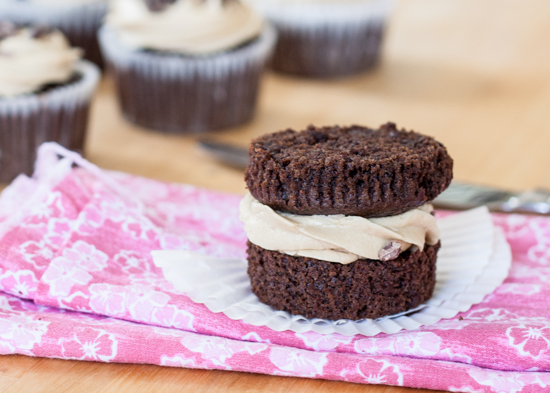 And speaking of messes, if you like to keep your nose free of frosting, slice these cupcakes in half lengthwise to make little sandwiches. Not only do sandwiches make for tidier eating, they’re way more fun to eat.

And if you’re not afraid to send your kids (or yourself) out the door with a little sugar, you’ll be happy to know that tucking cupcake sandwiches in lunch boxes is easier than figuring out how to pack straight-up frosted cupcakes.

Wrap that sweet little sandwich up in plastic wrap or tuck it in a small container, and you’re good to go. 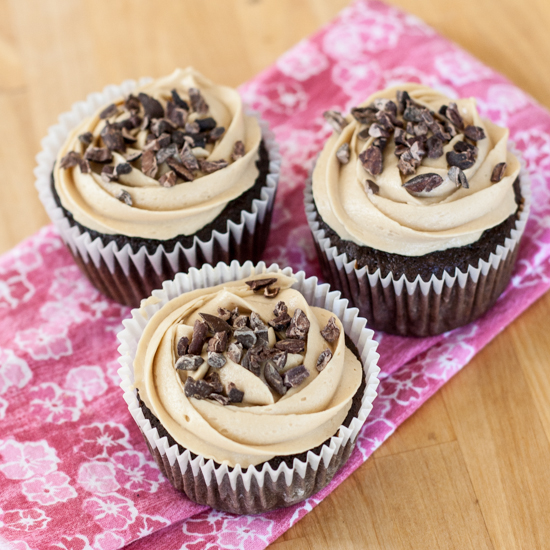 Honestly, you’d probably rather have everyone eat these caffeine-rich treats mid-day when there’s time to run off all that energy.

Serve after dinner at your own risk. 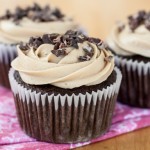 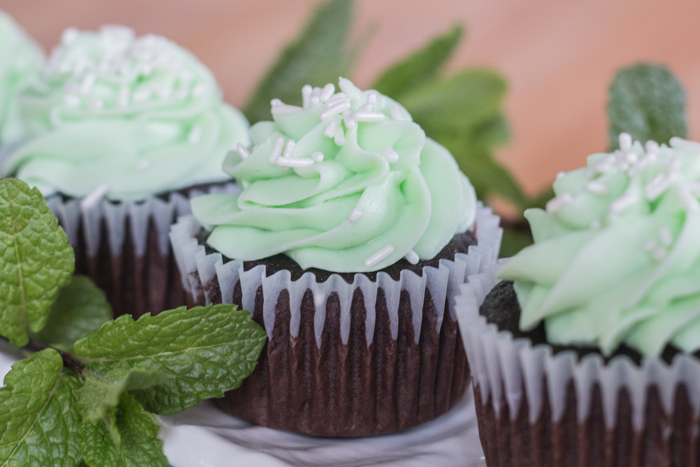 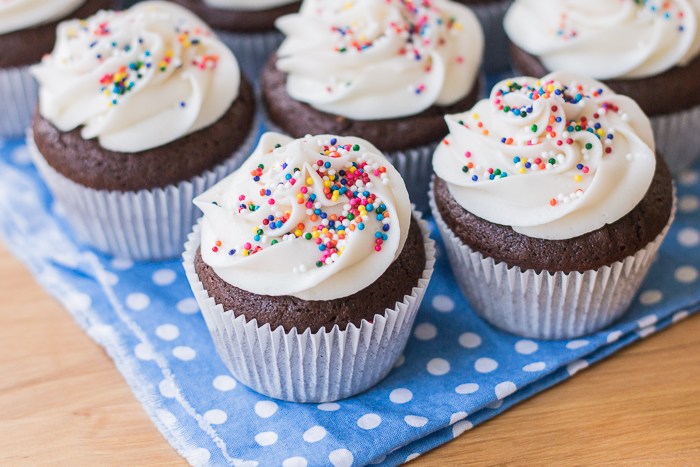 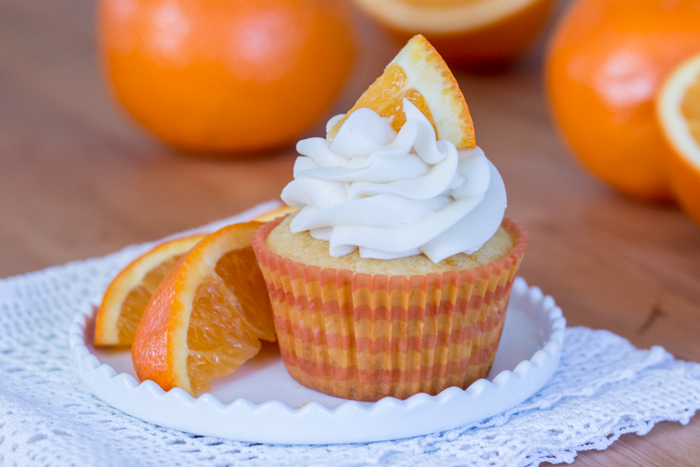