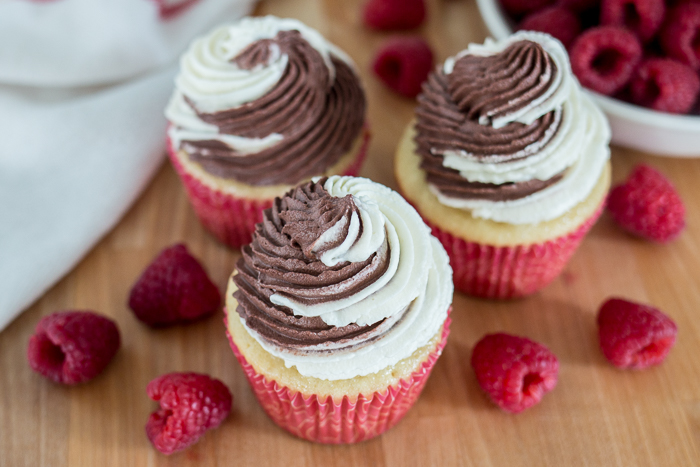 Airy and sweet, whipped cream makes a perfect, easy topping for so many desserts. Cocoa-Vanilla Swirl Whipped Cream takes this simple, decadent topping to the next level.

In addition to its visual appeal, this delightful mix delivers a blended, yet distinctly separate sweet vanilla and rich chocolaty experience. Sometimes you want your whipped cream to be more than just a generic topping.

This Cocoa-Vanilla Swirl Whipped cream adds something special to anything from traditional cupcakes to delicate angel food cake to smooth, minty grasshopper tart.

Since whipped cream comes together quickly and easily, adding another flavor to the mix doesn’t require much extra effort, and the results are well worth it. 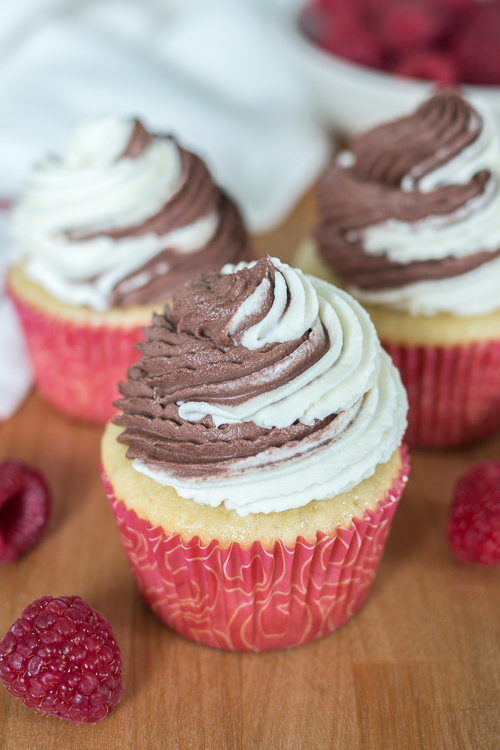 Start by preparing the vanilla whipped cream. Making the vanilla part first means you can use the same bowl, whisk, and spatula for the cocoa version, which minimizes the mess. Hooray for less clean up!

A standing electric mixer is the easiest option for this project, but a hand mixer and a large bowl work great, too. You can also whisk by hand if you like. It’s actually super satisfying to whip cream by hand if you’re not in a hurry! 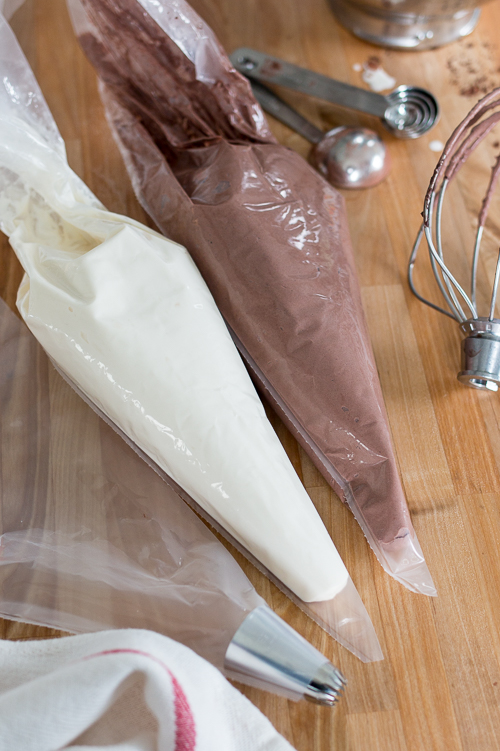 Combine the heavy cream, confectioners’ sugar, and vanilla and whisk them together on medium speed until peaks just form. Transfer the vanilla whipped cream to a piping bag and chill it. 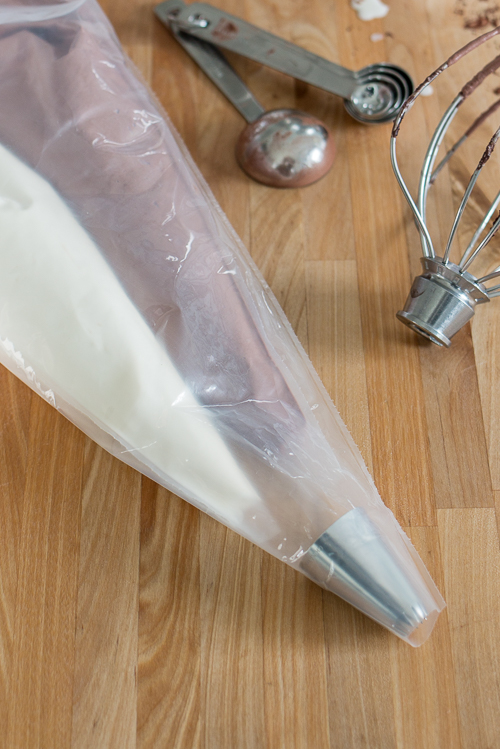 Because cocoa powder adds density to the cocoa cream, it pipes more slowly than its airy vanilla partner. My first attempt with this recipe resulted in rosettes of mostly vanilla whipped cream with tiny smudges of cocoa.  A larger opening at the end of the cocoa bag helps balance the flow. This is also why the cocoa version includes more whipped cream. 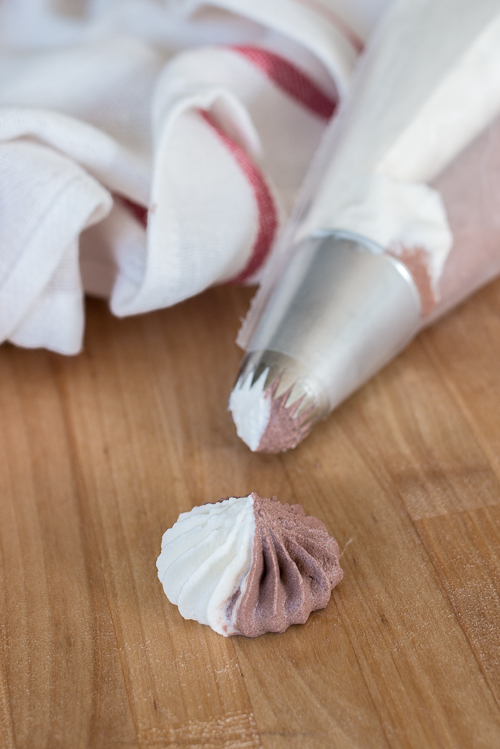 Slide both whipped cream-filled bags into a third piping bag fitted with a decorative tip, situating them as evenly as possible near the piping tip. Apply pressure at the top to send both whipped creams out the tip together.

Pipe a few practice decorations to get the flow going before adding sweet swirls to your favorite dessert. If the whole piping thing sounds like too much work, just dollop out both whipped creams and swirl them together with spoon or spatula.

Because this is whipped cream and not frosting, you can think outside the dessert box. Imagine garnishing waffles or pancakes with swirls of this cocoa-vanilla topping!  And don’t forget to save some for your coffee. 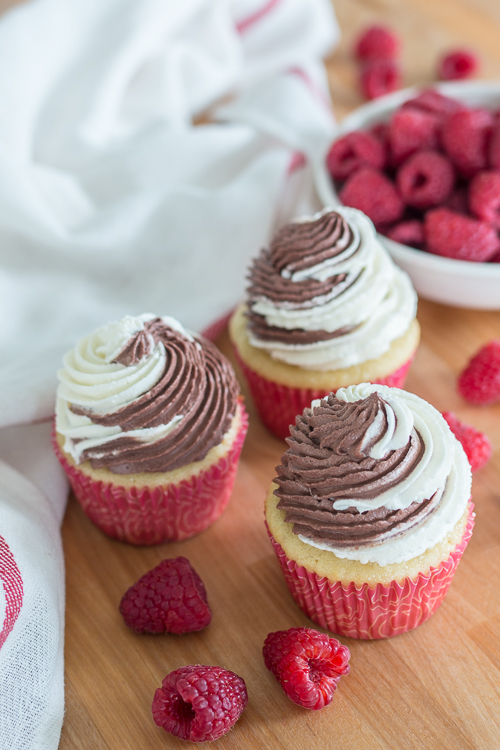 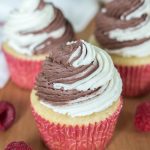 This fun topping adds flavor and flair to your favorite desserts! Cocoa-Vanilla Swirl Whipped Cream tastes amazing on anything from cupcakes to fresh fruit to waffles! If you don't want to pipe the topping, add alternating dollops of vanilla and cocoa whipped cream and swirl them together with a spoon or spatula. Makes about 3 1/2 to 4 cups.
Prep Time10 mins
Course: Breakfast, Dessert
Keyword: chocolate, dessert toppings, toppings, whipped cream 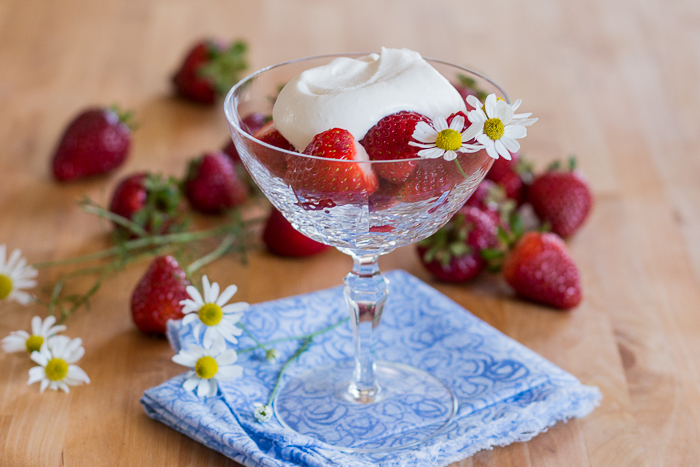 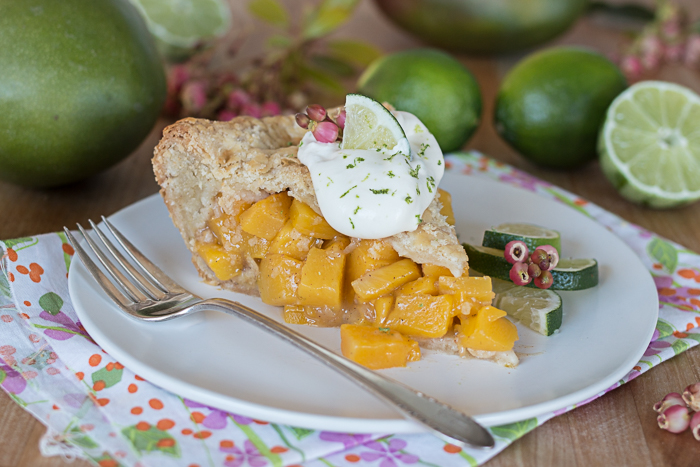 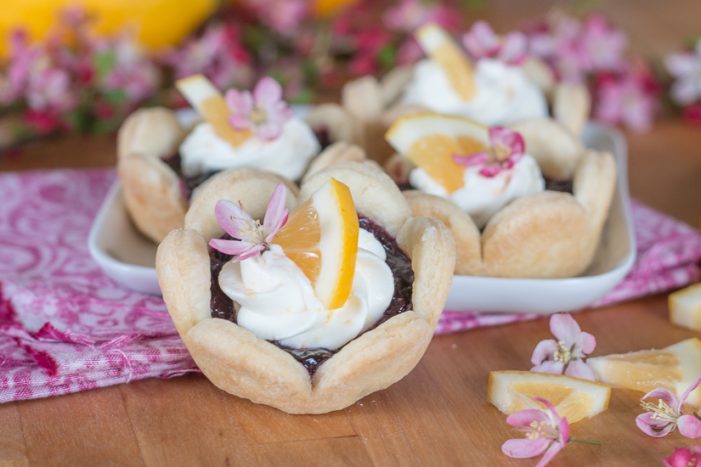