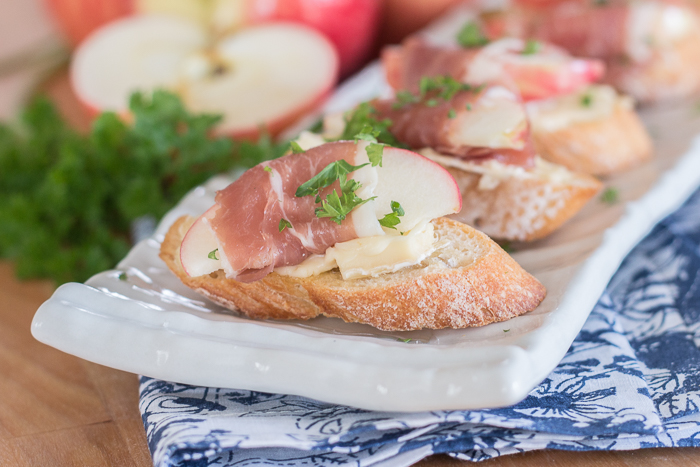 Now that it’s finally stopped raining I’m ready for some serious entertaining. This California girl isn’t complaining, mind you. I hated the drought as much as anyone.

It’s just that we can’t fit many people in our tiny house.

We need warm, dry weather in order to invite more than a couple of extra people over for dinner. 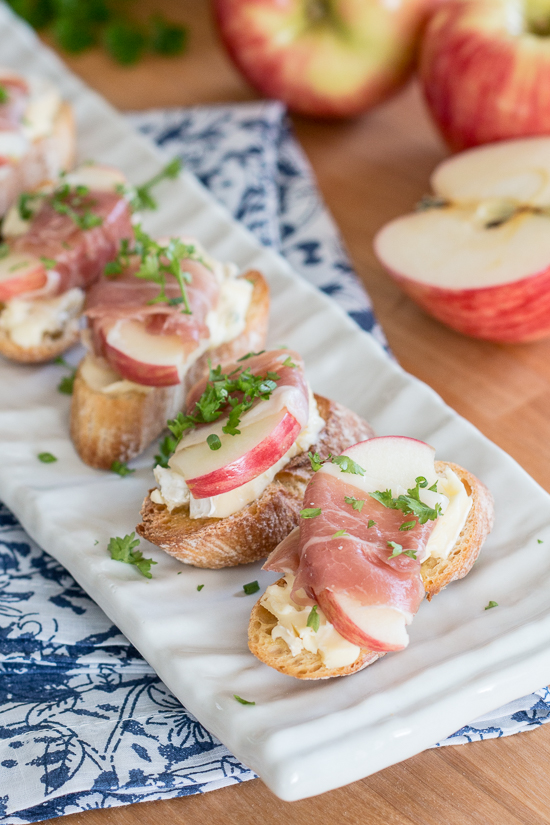 Our style of entertaining typically involves kids running around playing hide and seek while adults chat, snack, and sip until it’s time to start grilling dinner.

Since I’d much rather relax and enjoy the party, I love easy appetizers, and these Apple & Cambozola Crostini totally fit the bill.

Check out how easily they come together: brush slices of baguette with olive oil, toast or grill, spread Cambozola on the bread, and top with prosciutto-wrapped apple slices. Set them on a platter, and you’re good to go!

If you want, snip some fresh herbs over the top for extra flavor and color. I used parsley and chives, but any fresh herbs will do. 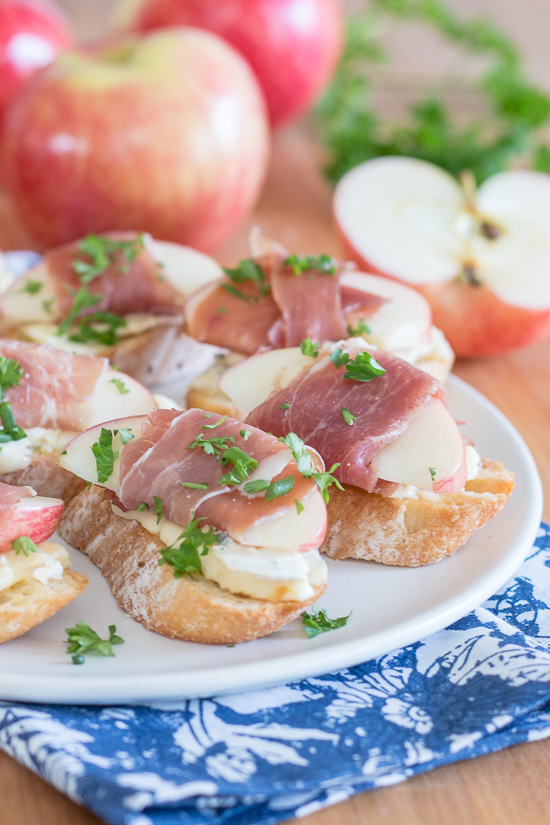 Cambozola combines a brie-like creaminess with the strong, sharp flavor of blue cheese. It’s milder than blue cheese and much easier to spread.

We buy Cambozola in large quantities because my younger daughter Tessa is unaccountably obsessed with it. I pack Cambozola sandwich in her lunchbox nearly every day.

That’s not enough for her, either. She also asks me to spread Cambozola on French bread as an after school snack.

One afternoon, I was slicing an apple, too, and I suggested that she try it on top of her bread and cheese. 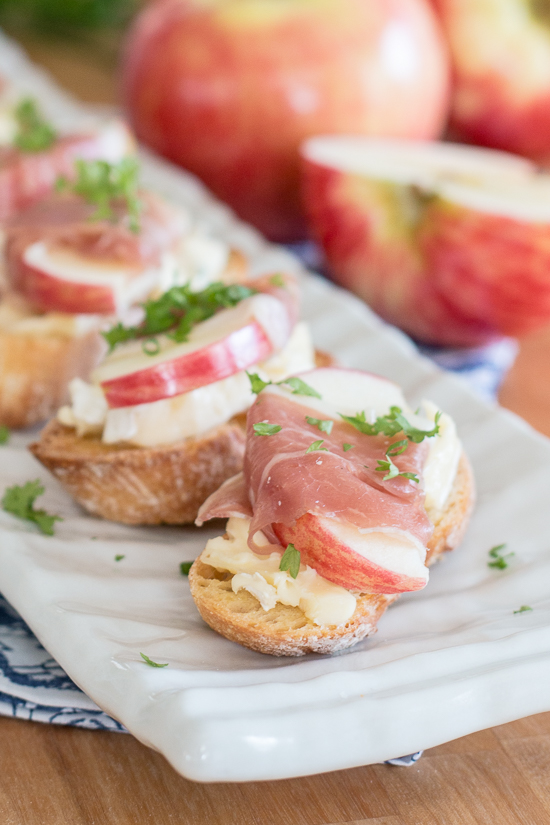 I couldn’t resist eating a slice myself. As I nibbled, I dug in the fridge and crossed my fingers that we had some prosciutto for my second slice.

The apple’s tart sweetness brings out the flavor of the strong, edgy cheese. Salty prosciutto and chewy bread add to the already awesome flavors and textures in this small snack.

While this appetizer is simple to prepare, it feels much fancier than our usual standard of chips, salsa, and guacamole. 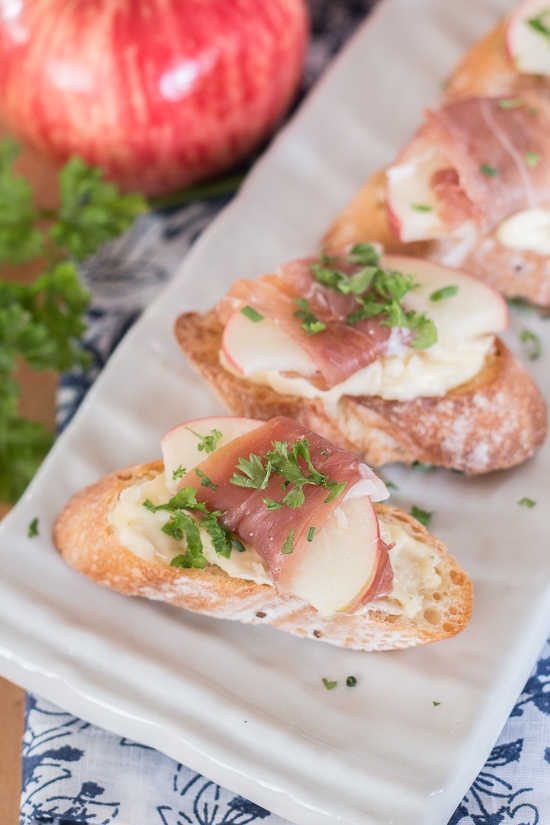 Despite their petite size, these little toasts burst with flavors and textures. Salty prosciutto, crisp apple, and creamy, rich Cambozola blend in perfection atop the chewy, slightly crunchy bread. 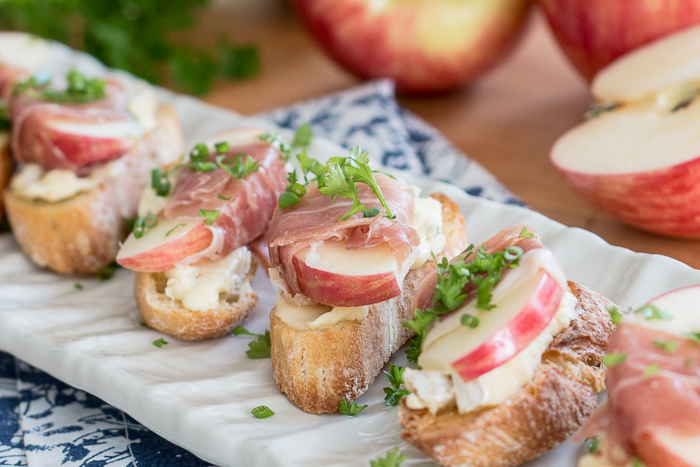 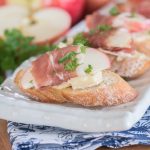 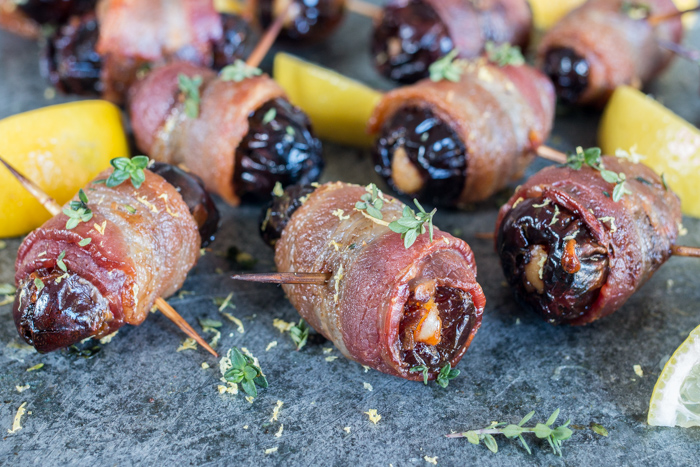 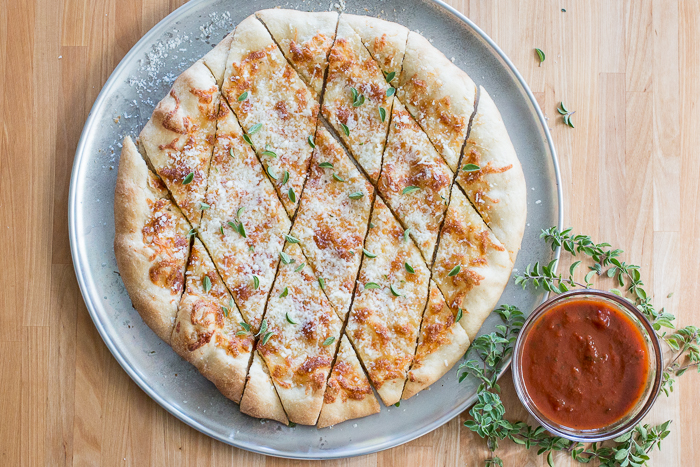 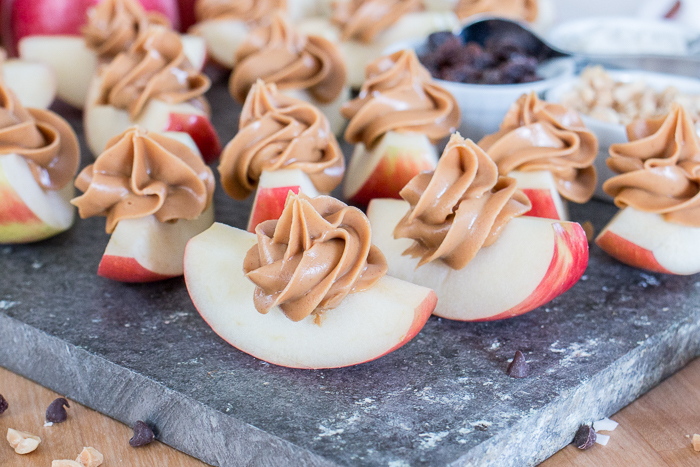