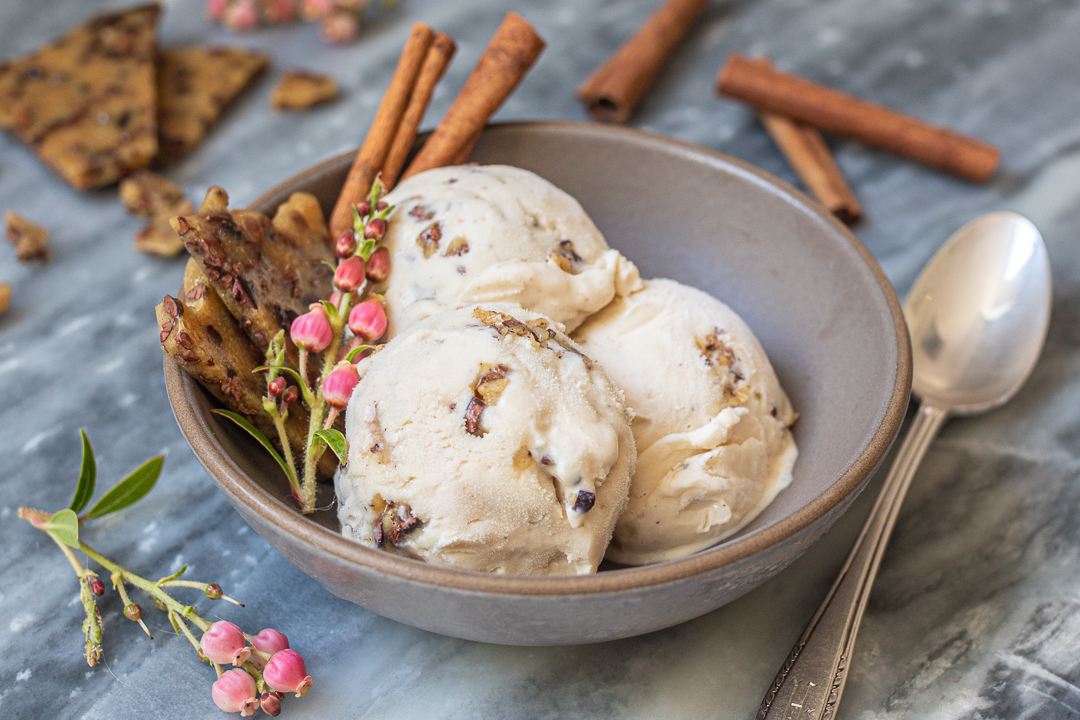 My daughter Eliza has long had a love affair with cinnamon. A few years ago, she even asked for cinnamon sticks for Christmas so she’d have her own stash.

I had her in mind when I decided to mix up Cinnamon Ice Cream the other day, starting with some enticingly aromatic cinnamon sticks I’d picked up curbside at our local spice shop (no affiliate connection here–I just love this shop and hope it survives these crazy times).

The cinnamon sticks’ sweet and spicy fragrance smelled incredible as I broke them up with my mortar and pestle. Eliza used to eat her cinnamon sticks, and, as I breathed in their bold scent, I felt tempted to do the same. 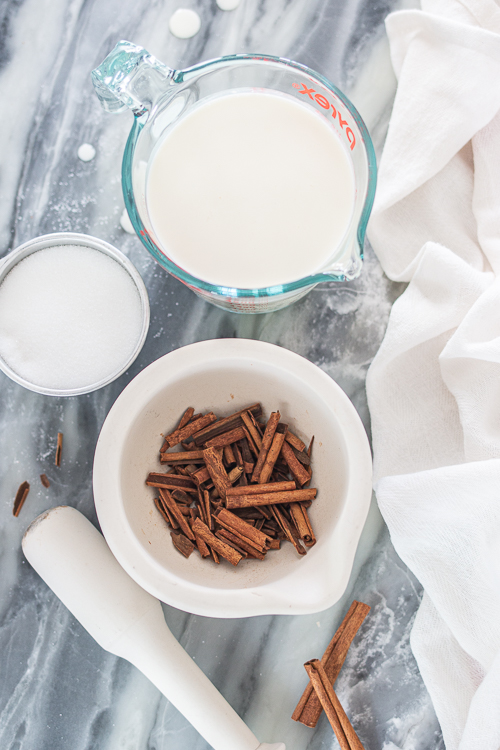 Letting the cinnamon shards steep in a warm milk-cream-sugar mixture for an hour infuses the ice cream base with distinctive cinnamon flavor.

After fishing out the large cinnamon pieces with a slotted spoon, adding eggs to the mix over gentle heat transforms it into custard. Once it thickens, pouring the mixture through a mesh strainer separates off remaining cinnamon fragments, as well as any overcooked bits of egg.

Adding more cream after heating helps cool the mixture down before placing it in the refrigerator to chill.

If you’re in a hurry, a water bath speeds up the chilling even more, though the mixture will still need some cooling time in the fridge. The base should be quite cold before you add it to your ice cream maker. 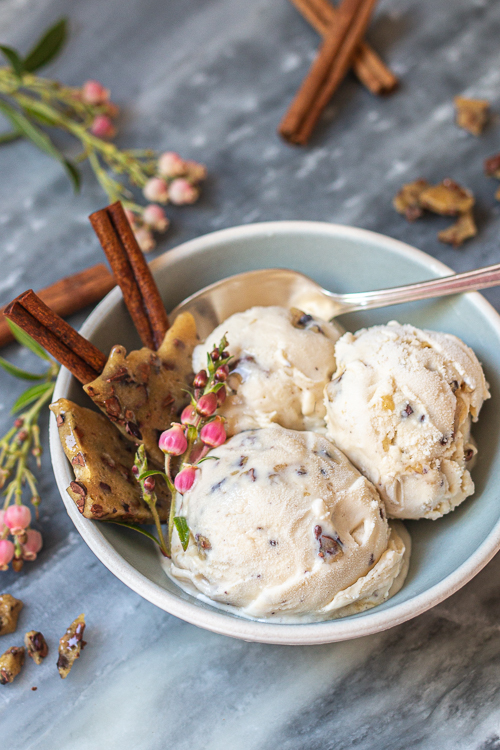 As we savored bowls after dinner last week, we brainstormed desserts that would taste great with a generous scoop, like Pear Pie, Chocolate Brownie Tart, and Gingerbread.

My husband quickly pivoted to toppings, sprinkling some cocoa nibs over his ice cream. Cocoa nibs — fermented, dried, and roasted cacao beans that form the basis of chocolate — have a deep, roasted cocoa flavor without any sweetness.  They paired well with the ice cream’s spice, but we felt like they needed something more.

I wondered aloud about the possibility of mixing nibs into peanut brittle instead of peanuts. Before I could say Cocoa Nib Brittle, Eliza, who often makes brittle to snack on, jumped up to make a small test batch. 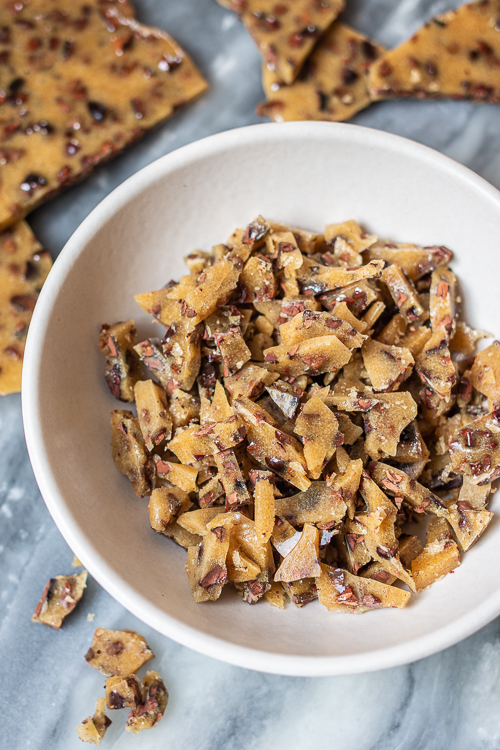 The sweet caramel crunch and deep cocoa nib toastiness tasted incredible with our ice cream. Since the combination worked so well, my husband suggested mixing the brittle into the ice cream rather than just sprinkling it over the top.

He was so right! Sweet-bitter bursts of crunch add delightful texture, transforming this smooth, spicy ice cream into Cinnamon Cocoa Nib Brittle Ice Cream, something I never would have come up with on my own. I love the way recipes evolve at our house, especially when they take such unexpected turns.

The brittle itself is quick and simple to prepare, and the recipe produces enough for the ice cream with extra for topping and snacking. Believe me, you’re definitely going to want extra for snacking.

With a house full of cinnamon-lovers, this Cinnamon Cocoa Nib Brittle Ice Cream will definitely become part of our regular dessert rotation. I also can’t wait to make some straight-up Cinnamon Ice Cream for a little fruit pie a la mode! 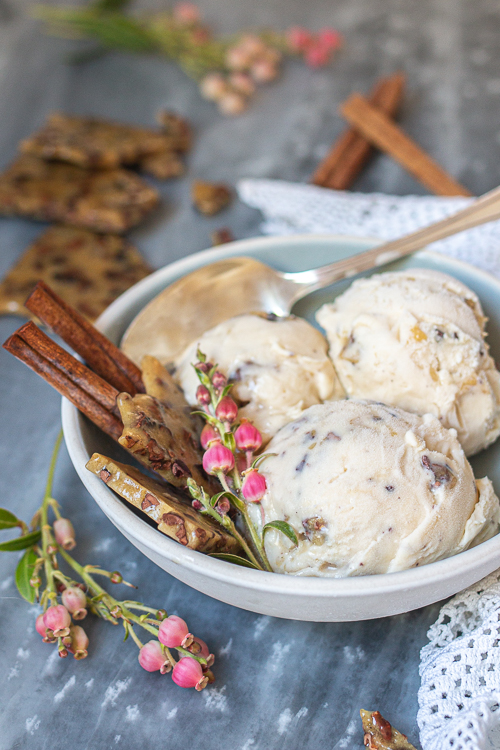 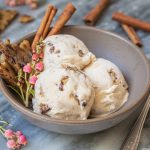 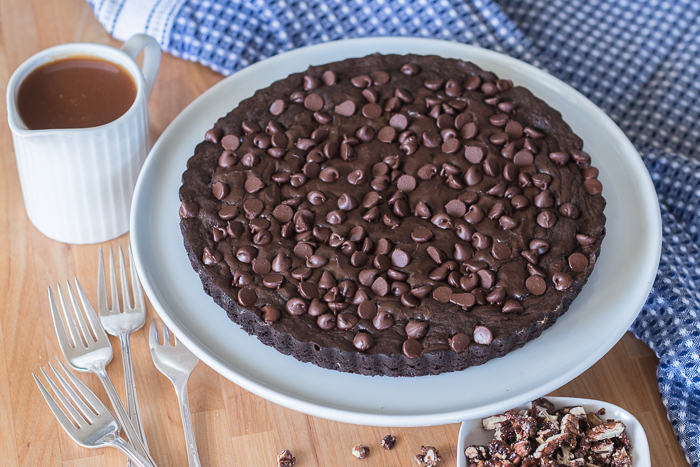 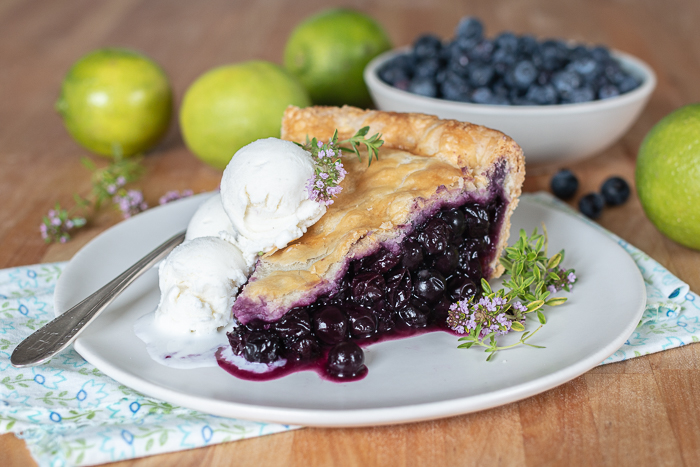 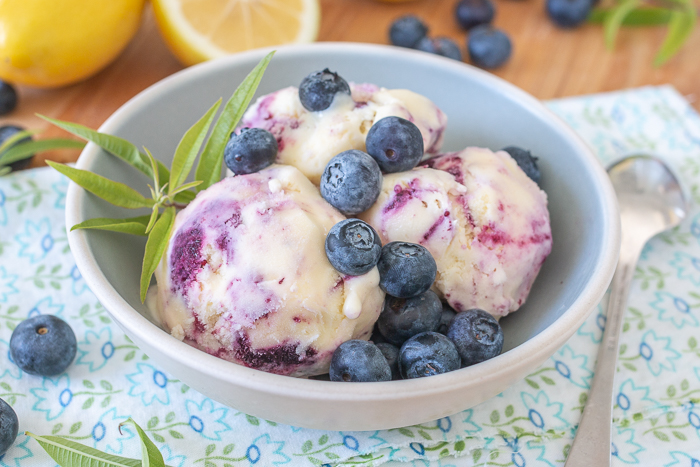